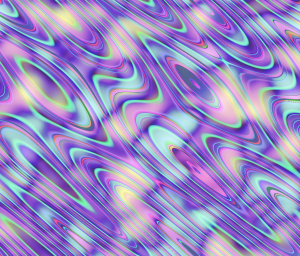 The sestina is a poetic form consisting of six six-line stanzas and a three-line envoy. It is attributed to twelfth century French troubadour Arnaut Daniel.The six end words of the first stanza cycle in a pattern thusly:

There are several online “Sestina Generators” that will spit out the correct pattern given the six end words of the first stanza, for example:

Here is a link to another sestina generator

How to choose your end words

There are many ways to choose end words. One is to write the first stanza and then lay out the pattern for the rest. The other, the one I often use, is to pick six words, generate the skeleton, and start writing. I try to choose words with more than one meaning and that can be used as more than one part of speech.

Before writing your own, check out some of these:

Here is a link to  sestina by Elizabeth Bishop:

Here are the first two stanzas:

Autoplay next video
September rain falls on the house.
In the failing light, the old grandmother
sits in the kitchen with the child
beside the Little Marvel Stove,
reading the jokes from the almanac,
laughing and talking to hide her tears.

She thinks that her equinoctial tears
and the rain that beats on the roof of the house
were both foretold by the almanac,
but only known to a grandmother.
The iron kettle sings on the stove.
She cuts some bread and says to the child

Here is a  link to sestina by Ezra Pound:

Here is one of mine, one that rhymes:

Now, sit and listen to my tale
of a beautiful flyer that came in the mail
with pictures of roses and posies on sale.
It looked so alluring, I ran to catch the rail.
The train was pulling out, and I turned rather pale,
but spotted a taxi I was able to hail.

My heart was pounding. I had to inhale
many deep breaths, then told the driver my tale
I started a list: flowers, rake, shovel, pail
but became distracted by a handsome male
beside the road, leaning on a rail,
holding a small boat with a red sail.

Despite my eagerness to get to the sale,
I stopped the taxi in order to hail
the handsome stranger leaning on the rail.
I wondered if he would turn tail,
but I decided he was such a stunning male,
to take a chance. He glared at me, casting a pall

over my joy in the day. I turned quite pale
when he told me he intended to sail
his small boat on the pond, and only a female
would be so stupid as to hale
a stranger with such a sorry tale.
He went on and on, continued to rail

at me. I was completely unable to derail
his ranting. I told him to stick his head in a pail
then stick the hole thing up his tail
and exactly what he could do with his sail.
Then it started to hail.
I shook loose from the demented male.

jumped back in the taxi to ponder my mail,
told the driver to take to the trail.
I let out my breath with a big exhale.
The whole incident left me shaky and pale,
but I was determined to get to that sale,
even though it meant turning tail.

I left the handsome male. I did buy the flowers, rake, and pail.
But I took the rail when I returned from the sale,
still whole, hearty and hale. I hope you enjoyed my tale.

Go ahead, give it a try for yourself, and, if you like, post yours in the comments.